What is Social Marketing?

The health communications field has been rapidly changing over the past two decades. It has evolved from a one-dimensional reliance on public service announcements to a more sophisticated approach which draws from successful techniques used by commercial marketers, termed “social marketing.” 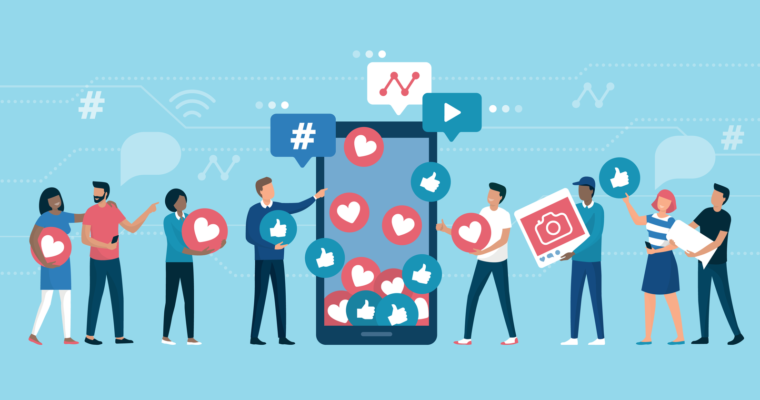 Rather than dictating the way that information is to be conveyed from the top-down, public health professionals are learning to listen to the needs and desires of the target audience themselves, and building the program from there. This focus on the “consumer” involves in-depth research and constant re-evaluation of every aspect of the program. In fact, research and evaluation together form the very cornerstone of the social marketing process.
Like commercial marketing, the primary focus is on the consumer–on learning what people want and need rather than trying to persuade them to buy what we happen to be producing. Marketing talks to the consumer, not about the product. The planning process takes this consumer focus into account by addressing the elements of the “marketing mix.” This refers to decisions about 1) the conception of a Product, 2) Price, 3) distribution (Place), and 4) Promotion. These are often called the “Four Ps” of marketing. Social marketing also adds a few more “P’s.” At the end is an example of the marketing mix.

Product
The social marketing “product” is not necessarily a physical offering. A continuum of products exists, ranging from tangible, physical products (e.g., condoms), to services (e.g., medical exams), practices (e.g., breastfeeding, ORT or eating a heart-healthy diet) and finally, more intangible ideas (e.g., environmental protection). In order to have a viable product, people must first perceive that they have a genuine problem, and that the product offering is a good solution for that problem. The role of research here is to discover the consumers’ perceptions of the problem and the product, and to determine how important they feel it is to take action against the problem.

Price
“Price” refers to what the consumer must do in order to obtain the social marketing product. This cost may be monetary, or it may instead require the consumer to give up intangibles, such as time or effort, or to risk embarrassment and disapproval. If the costs outweigh the benefits for an individual, the perceived value of the offering will be low and it will be unlikely to be adopted. However, if the benefits are perceived as greater than their costs, chances of trial and adoption of the product is much greater.
In setting the price, particularly for a physical product, such as contraceptives, there are many issues to consider. If the product is priced too low, or provided free of charge, the consumer may perceive it as being low in quality. On the other hand, if the price is too high, some will not be able to afford it. Social marketers must balance these considerations, and often end up charging at least a nominal fee to increase perceptions of quality and to confer a sense of “dignity” to the transaction. These perceptions of costs and benefits can be determined through research, and used in positioning the product.

Place
“Place” describes the way that the product reaches the consumer. For a tangible product, this refers to the distribution system–including the warehouse, trucks, sales force, retail outlets where it is sold, or places where it is given out for free. For an intangible product, place is less clear-cut, but refers to decisions about the channels through which consumers are reached with information or training. This may include doctors’ offices, shopping malls, mass media vehicles or in-home demonstrations. Another element of place is deciding how to ensure accessibility of the offering and quality of the service delivery. By determining the activities and habits of the target audience, as well as their experience and satisfaction with the existing delivery system, researchers can pinpoint the most ideal means of distribution for the offering.

Promotion
Finally, the last “P” is promotion. Because of its visibility, this element is often mistakenly thought of as comprising the whole of social marketing. However, as can be seen by the previous discussion, it is only one piece. Promotion consists of the integrated use of advertising, public relations, promotions, media advocacy, personal selling and entertainment vehicles. The focus is on creating and sustaining demand for the product. Public service announcements or paid ads are one way, but there are other methods such as coupons, media events, editorials, “Tupperware”-style parties or in-store displays. Research is crucial to determine the most effective and efficient vehicles to reach the target audience and increase demand. The primary research findings themselves can also be used to gain publicity for the program at media events and in news stories.

Additional Social Marketing “P’s”
Publics–Social marketers often have many different audiences that their program has to address in order to be successful. “Publics” refers to both the external and internal groups involved in the program. External publics include the target audience, secondary audiences, policymakers, and gatekeepers, while the internal publics are those who are involved in some way with either approval or implementation of the program.

Partnership--Social and health issues are often so complex that one agency can’t make a dent by itself. You need to team up with other organizations in the community to really be effective. You need to figure out which organizations have similar goals to yours–not necessarily the same goals–and identify ways you can work together.

Purse Strings--Most organizations that develop social marketing programs operate through funds provided by sources such as foundations, governmental grants or donations. This adds another dimension to the strategy development-namely, where will you get the money to create your program

Example of a Marketing Mix Strategy
As an example, the marketing mix strategy for a breast cancer screening campaign for older women might include the following elements:

What is Social Marketing?

Define your audience(s) as specifically as possible…

Use specific strategies for specific audiences…

No matter who our audiences are, we need to get to know them so we can Design strategies that will work best given their particular Needs, Values, Motivators and Barriers.
For more important information that is a must have, please call us today at 717.364.9636.

Most people who read my blog and know me will know how much I love Twitter.  I find it fascinating how Twitter has grown, it really has had an exponential growth in terms of membership, usage and popularity so today I thought I would share with you 50 fascinating facts about Twitter:

Why Find It Media © 2022 All Rights Reserved. | Designed & Developed by CityLocal Pro